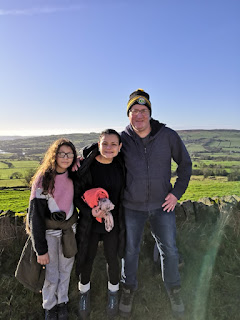 Yes that’s me and my two lassies in that pic. Angelica had, in unusually forthright fashion, declared earlier in the week that we would be having a family walk in The Roaches, a beautiful walking spot on the south western corner of the Peak District.

When it came to the day though, I was a bit surprised when Elisa said she was still up for it. Frankly I was in shock to find her up before midday at the weekend, and as she’d been suffering with a cold yesterday I really wasn’t expecting her to show willing. So I explained what we would be doing and the distances that ‘could’ be involved and off we went leaving my old man at home preparing paella.

Well the walking part was quickly replaced by a climb up the rock faces. This was Elisa’s idea but we went along with it as she makes most of the important decisions in the family. Off I went, bounding along like the fat numpty I am, refusing to look back down as I have a fear of heights. Shame really on a day like today when the views were magnificent. 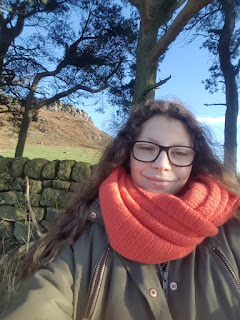 Anyway, fter ten minutes or so, newly emboldened by a fresh dose of misplaced confidence, I suggested we could make it all the way to the top.

“Look," I said, to Angelica in the main but to Elisa too, “those people up there made it and they look like they are about to scale down the rock to get back down.”

It was a fair point and so ended the climbing section of the day’s entertainment. We charged, slipped and bum slid back to the bottom and wandered for a bit more before a short visit to a nearby café, where happily they had Jaipur IPA on draft and we agreed that we would walk round Tittesworth Reservoir instead.

This is the point where Elisa has made me promise that I give her credit for three of the four pictures I've used in today's blog. I think they're pretty good. She certainly has an eye as they say. Anyway, she wants you lot to let her know what you think! 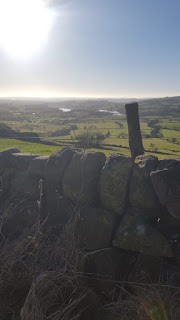 The day was glorious, well all of today was. The afternoon had an ethereal feeling as there was a low shroud of mist hanging all around, which was occasionally pierced by magnificent shafts of sunlight. It made for a truly dramatic amble around the reservoir. When we finished, we stopped at a playground – a little treat for Elisa after a pretty good effort from her considering she wasn’t ‘feeling it’ as she likes to say.

She played for a while and I allowed myself to shed a few tears on seeing all the little children playing. It fucking hurts so much and it’s just brutal. The problem is that pain is everywhere and you just have no idea when it’s going to land another low blow to the guts. You just have to keep facing it with a smile and say ‘yes I may feel like shit in this moment but my positivity is going to win this particular battle’. Easier said than done of course. 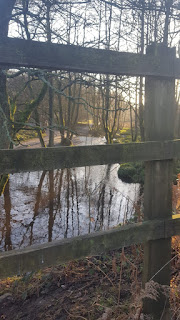 No sooner than that moment of grief had passed, we were back in the trusty Mazda and driving through now quite thick fog to get home, where I can report that my Dad’s paella was like the rest of the day, utterly magnificent.

In tomorrow’s blog I’ll be looking back on my first day back at work and finding out whether any of the work I had to do on Tuesday 26 November has been done! Keep reading folks.