Wunderbar superstar - In the name of Thiago - Day 20 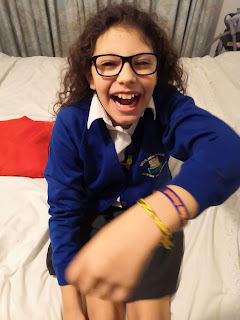 (yet another out of focus picture of Elisa - she loves to dick me around while I take her picture!)

Yes, well this little lady is indeed a wunderbar superstar. In the fantastic all-embracing way that probably only primary schools do, Elisa was today named as the recipient of the ‘Superstar Award’. This highly sought after accolade was scooped up by her ladyship for the combined achievements of, as she put it when I asked her this evening ‘trying fairly hard’ in class and being the kind of person that no-one would ever say a bad word about.

I did question the veracity of this by asking, ‘what not even the Butch or that little shit that’s always attacking your shins under the table?’ Nope praise be, not even that pair of scallies.

I also considered having a conversation with her about what accolade may have come her way if she tried really hard in class but I knew that was another battle that I wasn’t going to come close to winning. And anyway, one of my favourite traits of my sensational daughter is her plain-speaking. Well unlike me she is northern, so I guess it must be a geographical thing rather than anything she may have picked up from either of her parents…

Continuing the theme of scarcely believable shit, I can report that today was indeed a very good day. It seems bizarre writing that but I have said it to a couple of people already today so I should be ok with it by now I guess. Grief does many things to you and one of the things that it does to me that I find hard to deal with, is make me question whether anything is supposed to be nice any more. Pretty fucked huh?

It all started with somehow successfully arranging for my dad to drop off and collect Elisa from school. Yes sounds simple doesn’t it? After a few failed attempts to explain where Elisa’s school was, (my explanations perhaps aren’t the best and coupled with my father’s insistence on making even the very simplest of instructions seem like an exercise with similar difficulty to let’s say code-breaking at Bletchley Park), I settled on ‘Dad just drop her off at the battle cruiser and she’ll find her way from there.’ Odd how that seemed to immediately hit the spot!

I’ve been really productive today. I got loads done at work, managed to go a whole day without losing my shit with Dad (well being at work helps I guess) and can also report that I am closing in on the £2,000 mark for the ‘In the name of Thiago memorial walk’ charity fundraiser. Quite a chunk of that has come through my sister Holly’s contacts and I’m delighted to report that my little sis will be joining me (and many others I hope) on the second day of the walk for the Southease to Plumpton stage. Can’t wait to see you there Holly!

Even allowing for Elisa winning her class teacher’s ‘oh shit who am I going to give it to this week’ award, I would go as far as saying that it is the best news I’ve had today. 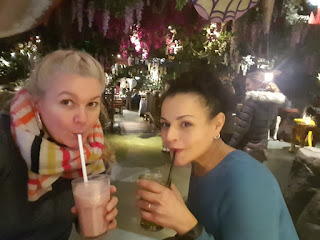 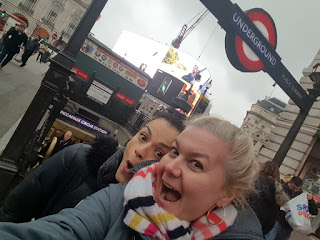 Finally today, another shout out to Angelica. As you can see, my little beaut is getting right on it. And tonight she is out with her London-dwelling Brazilian friend Camilla and Stokie friend Claire somewhere in north London, (I’m hoping they’ve managed to work it out by now) where from 11pm-2am she will, I am reliably informed, be shaking her douchie (I have no idea how to spell this word). This is well past Angelica’s normal bedtime so I am intrigued to see how she is tomorrow when I pick her and Claire up from Stoke-on-Trent railway station! Rest assured you'll be able to find out just how twatted they were tomorrow...

Until then dear friends and don't forget you can help me get over the £2,000 mark now..