Readers who have been with me for a large part of my blogging journey will recall that earlier on in the year I spent some time looking at properties with my Dad with a view to him moving into his own place.

Well quite recently he had an offer on a bungalow in Longton, Stoke-on-Trent accepted and for the last week or so the cash has been sat in the account of the solicitors that have been handling the conveyancing. 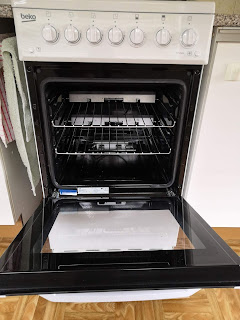 Remarkably, one of the reasons that things have been held up for as long as they have, is this £50 cooker. The previous – although technically that should be current I suppose – owners wanted £50 for the cooker to be left there. Dad refused. I thought fair enough that’s your choice mate, without fully considering why Dad wouldn’t want a cooker in his kitchen. Maybe he plans to eat out a lot. No actually I didn’t think that for a single moment.

Then he started talking about having a new kitchen. It’s true to say that the kitchen as it stands is very dated but to be honest I didn’t think that would bother him particularly. Although it should also be said that cooking is Dad’s thing, so perhaps I simply didn’t give the circumstances that are now playing out enough consideration, due to the happiness that I was feeling from him finding a place that he was going to live that wasn’t my fucking house. 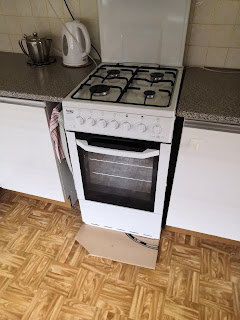 If only it were that simple. Dad has managed to convince himself that he will be moving into his new home as and when he is good and ready and that this cannot possibly be until after he has had a new kitchen fitted, which he is planning on talking my younger brother Judd into building.

The big man claims that he is certain that I told him that Angelica and I wanted the cooker from his new house. I did point out that would be a bit weird seeing as we have one already, and we will be having some renovation work ourselves in the autumn which will result in a new kitchen. But nope he’s certain. 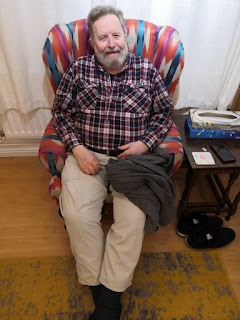 I had to bluntly tell him yesterday that when the house officially becomes his, that we expect him to be living in it. This seemed to come as a bit of a shock to the old man. The truth is that I don’t think I can cope with another two months like the ones from January to March where I wanted to smash my head repeatedly against a wall because of his phenomenal dedication to indecisiveness. That cannot be allowed to happen.

Of course I want to help him with the move, get him comfortable and do the right thing but equally it’s not going to be the case that he can just dither along for as long as he deems necessary before he finally takes residence at his new gaff. He’s moving house, he’s not building a fucking empire!

So after I gave my explanation yesterday that Angelica and I have no use whatsoever for the cooker, he has still told the estate agent that he doesn’t want the new, fairly serviceable spotless cooker. Maybe he thinks I’m joking about asking him to move into his new home. 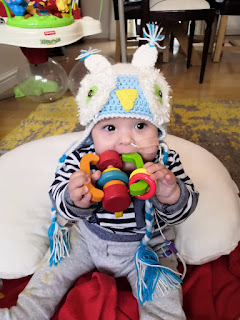 At least all this carry on has made for a welcome distraction from the sadness I was experiencing yesterday that’s definitely a good thing. Even if my father’s constant state of prevarication is equally starting to do my nut. Whatever next? Actually don’t answer that..

I shall end tonight as I often do by reminding you all why I’m doing this and that’s to remember the gorgeous little boy above and to raise £10,000 for the two hospitals – Royal Stoke University Hospital and Birmingham Children’s Hospital that cared for him with such compassion and tenderness in his tragically short lifetime. Anything you can donate will give me a little lift because this is my life’s work now.