Utterly magnificent – In the name of Thiago – Day 211 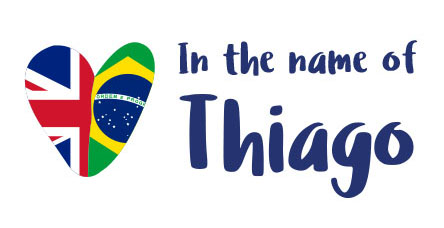 There really is no other way of expressing the weekend just gone. It’s had a little bit of everything. Wonderful friends, exceptional weather, a couple of pubs, (well perhaps more than a couple), and the one thing that I thought I might end up not doing as I wasn’t controlling this at all – two reasonably lengthy walks.

My brother’s girlfriend Livi suggested a walk up to Beachy Head last night and I seized on the opportunity to set off at half eight with her this morning. It gave me another chance to wear in the new fancy Brooks walking shoes I bought yesterday. Even better, Bulldog decided he would join us too. 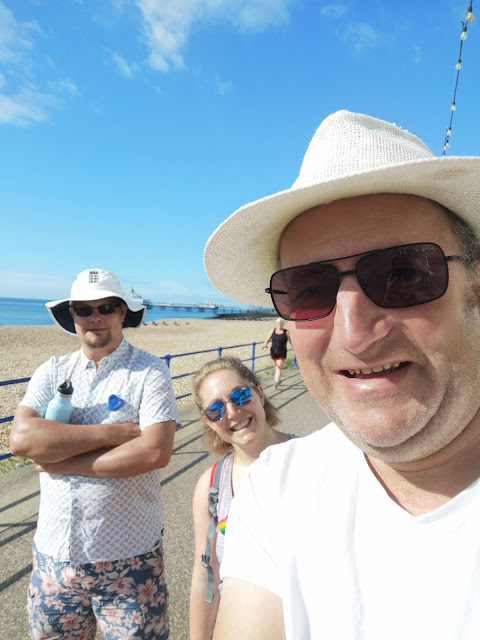 Today felt like a real bonus. Whenever the girls and I have travelled home from Eastbourne to Newcastle-under-Lyme before, we’ve tended to allow five hours for the journey and set off late morning. This means that the going home day tends to be just that and nothing more. The pictures that are the thread running through today’s blog are evidence that we made a great choice to leave a little later I reckon. 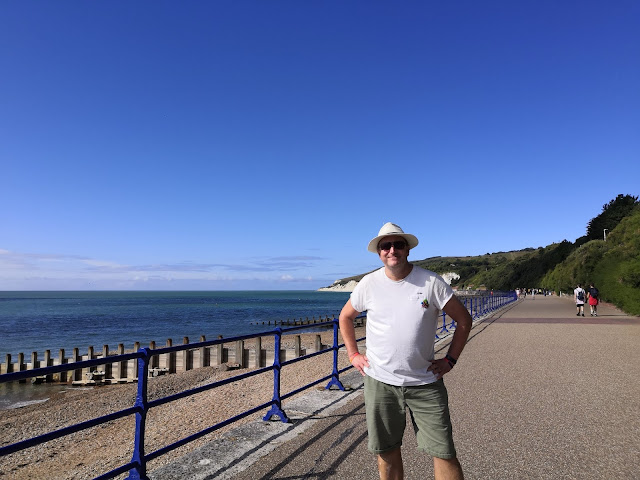 It also doubled up as a nice little practice run for the first stage of the walk – starting Saturday 19 September in case it has possibly escaped your collective attentions! – reminding me that the first 100 yards as you enter the South Downs Way from St Bede’s School in Meads is an absolute bitch of a climb. Well I thought it was an absolute bitch of a climb, until the return when I saw a bloke about ten years older than me walking up it with a small child on his shoulders. And in fucking flip flops! 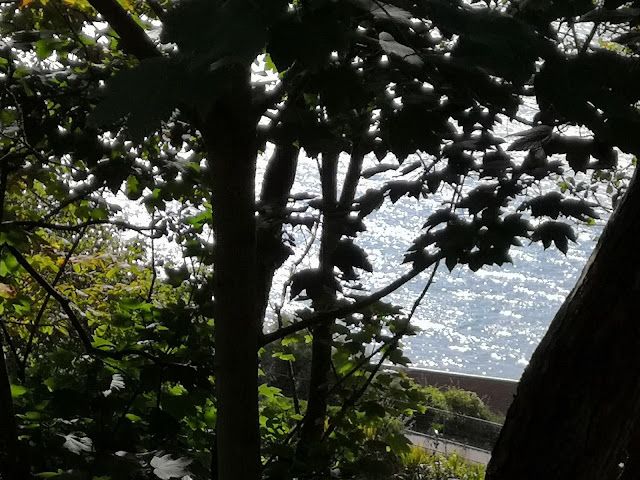 I need to be balanced in how I reflect on today’s walk. It was just over ten miles in total so not excessive by any stretches, but it was great to try out some different terrain. Whether the Downs will be quite so amenable in September is hard to say, but at least in my mind as well as in my legs, I am now feeling a lot more prepared. I know that come 19 September there will be more that I ‘could’ have done, but I also know that I’ll have done an absolute fuckload of walking in all weathers in all terrains. I’m feeling good about my prospects! 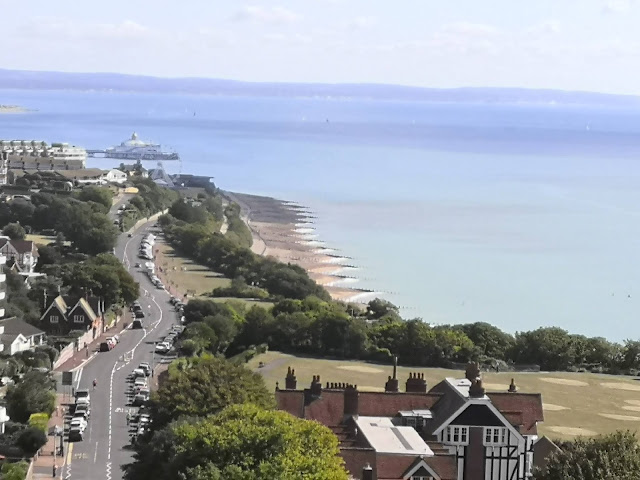 I certainly didn’t rush today, though both Bulldog and Livi are not the kind of walkers who hang about. I used my reasonably frequent desire to take photographs as the means of reeling them both back in and I’m bloody glad I did. Some of the views today were simply stunning and just briefly made me feel a pang of regret that I’d never really taken advantage of such splendid scenery in my twenties when I lived here. The only times I ever did walks like the one today pre-2005, was when I took groups of foreign students for a wander. With 30-40 teenagers in tow, it wasn’t surprising that I never took it all in. 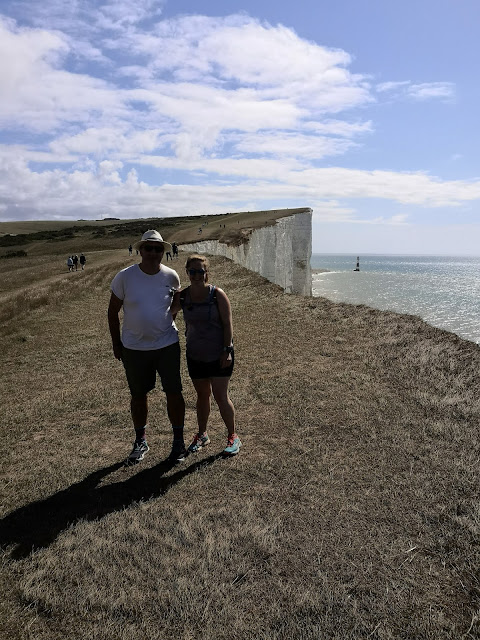 Of course the only sad thing about the weekend, is that it had to come to an end. We left Eastbourne at about half two, stopped en route and made it home at half seven. A quick unpacking of bags was then followed by something to help give me the inspiration to start writing blog number 211. And here we are. Another week is done, I feel stronger, both physically and mentally. I’m looking forward with great relish and will be fascinated to see just how fucked I’m going to feel on October 16 when it’s all done. I might just have a bath that night.. 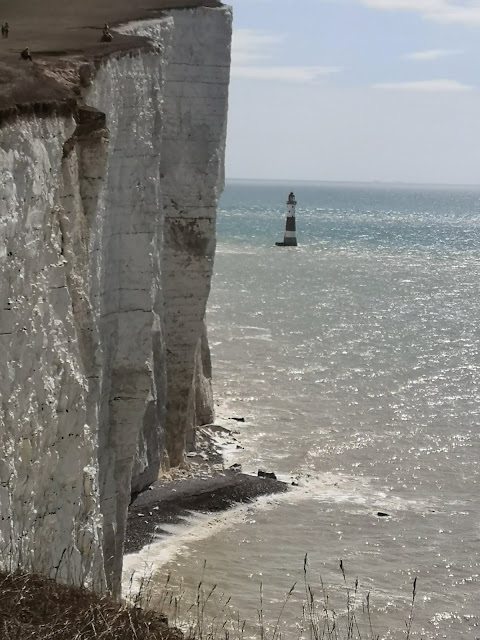 I am tiring now, it must be said. So, in keeping with blog sign off traditions, it’s time to ask for donations. Keep them coming and keep sharing please folks. With it becoming increasingly difficult to fundraise in any other way, the value in my story being shared through social media channels is absolutely vital. If you’re walking with me, let your networks know that you are any why. If that doesn’t generate a few extra tenners then get some new friends! And Liz, if you’re reading this, don’t forget that Mr Craven has work to do to redeem himself!